Chat with us, powered by LiveChat

The Many Benefits of Settling Divorce Out of Court

Settling divorce out of court may seem a strange idea, given the epic battles that we see on TV and in the movies, but 95% are settled outside the courtroom. There are numerous advantages to this approach, including that you and your spouse decide how things are divided up, rather than a judge who doesn’t know much about your life.

Not all divorces can be completed this way, but it’s been found that most people are happier with this approach than if they had decided to litigate. Settling your divorce without going to court requires both parties to agree on the final terms, including division of money and property, and child and spousal support. The attorney draws up a contract, once you both agree, to be signed by both parties.

It can be challenging to know which path to take during such a trying time. This guide hopes to make it easier by shedding light on the advantages of settling out of court and some of the steps involved.

The Advantages of Settling Divorce Out of Court

There are many advantages to this approach. Even if you and your spouse aren’t getting along, there is negotiating help that might enable you to communicate better and reach a final resolution on the issues. Here are a few reasons to pursue a divorce this way:

Settlements are usually accomplished in months, but a trial could take a year or more. You are at the mercy of the court when it comes to scheduling. There’s also time spent with your lawyer, and then you have to make court appearances that often mean taking time off from work.

Your time has a cost, of course, but then there are attorney’s fees, court costs, and other expenses that can add up fast.

Divorces are naturally stressful, but taking one to court adds an extra layer that can take a toll on you and your spouse’s mental health, as well as that of any children involved. It also can create a more challenging environment for mutual agreement.

What the couple thinks is fair and what the judge thinks they are due can be two different things. You are handing the final decision to someone who doesn’t know you or the inner workings of your family, and you have no control over the result.

You might think that handling this out of court is impossible because you and your spouse are at each other’s throats, but a neutral third party can help you both work together to reach an agreement. Your attorney will be able to provide a referral to someone local who can help. 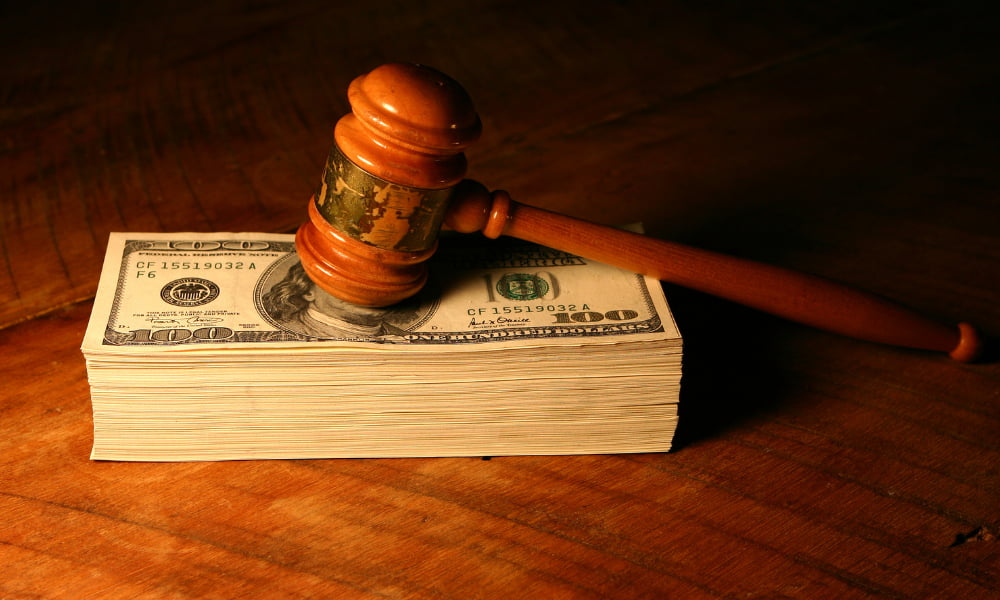 5 Benefits Settling Out of Court With Mediation

You and your spouse must find a way to work things out collaboratively, so if that isn’t happening, it’s time to ask your attorney about a mediator. Sometimes it takes a neutral party with no emotional stake in the process to get things moving in the right direction. The benefits of mediation are many, including:

Mediation is not free, but it is much less costly than going to trial.

2. You Are Likely to Reach Agreement

Most mediations end with a settlement that resolves all the critical issues, even if you both are far apart at the beginning.

Divorce trials are a matter of public record, but not mediation. Only you, your spouse, and your attorney need to know what goes on during your sessions.

4. Personal Decisions Are Just That: Personal

You get to reach an agreement based on your ideas and what you think is fair for your unique situation, instead of having impersonal laws forcing a decision on you.

5. Improved Communication for the Future

You and your spouse will likely learn better ways of communicating with each other during the process of mediation. This will help the two of you avoid conflict in the future, and if conflict does happen, you will know a better way to resolve it.

The mediation approach is one that couples don’t always consider when they’re breaking up. It can be a much easier way to go than having to hash out everything in court.

Here’s What Happens After Signing the Settlement Agreement

A contract is drawn up once you and your spouse have negotiated the final settlement, and that agreement is submitted to the judge for final validation. The process, including the following steps, can go quickly from there.

The judge will review the agreement at this hearing to determine if everything has been negotiated in good faith, that the settlement is fair, and that it doesn’t show a preference for one spouse over another. This hearing will likely only last a few minutes if everything is in proper order.

A decree is simply an order handed down by a judge that finalizes your out-of-court divorce. It will include the specific responsibilities of each spouse in the future – to include such details as spousal and child support – and that’s it.

Virginia has no waiting period after the decree is finalized for a divorce with grounds. For a no-fault divorce, the law requires a separation period of one year.

Settling out of court is a less contentious process, so couples ready to end their marriage with minimal confrontation should consider this option. Speak with a legal expert about this faster, cheaper, less stressful method for making your divorce action as easy as possible.

If you are considering ending your marriage in Virginia and want to avoid the expense and stress of a drawn-out legal battle, an out-of-court divorce may be the best path for you. There are many ways to approach this difficult process, and the Law Office of Michael Ephraim has the skilled team and the experience to help you find the best way forward.

Contact the Law Office of Michael Ephraim today for more information about your Virginia divorce.

Our intake form will ask you for the information we need to get started.

Use our quick inquiry form for a preliminary assessment of your case.